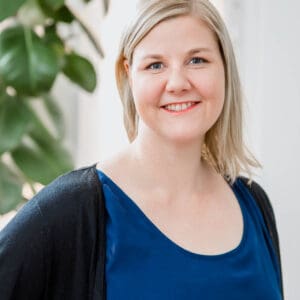 “So, you will be like a fly on the wall?” one participant asked laughing after it had been explained to her who I was and why I was about to participate in their internal meeting. “Well… I think I will be more like a researcher in the corner”, I responded and smiled, while we entered into the meeting room. Indeed, I have positioned myself into a corner of various rooms to be able to observe lobbying practices in Brussels, aimed towards the EU decision-making. In my opinion, observing has been truly fruitful when it comes to researching lobbying practices.

“Have you ever considered doing ethnographic research?” my PhD supervisor asked, after carefully listening to my concerns in relation to my study process. That simple question spun my research plan upside down, shifted my research focus on lobbying practices, and eventually took me here in Brussels now three years later.

The spinning continues, as I am still very much in the middle of my fieldwork. My aim is to understand lobbying practices from the lobbyists’ perspective in their daily work, in the context of current debates and processes. Before starting my fieldwork in Brussels, I interviewed some 30 advocacy experts working in Finland and / or in Brussels. In the end, I had collected rich interview data of lobbying practices. Interviewing also worked as a keyway to create access to the field of lobbying through the lobbyists.

For the first two months of my fieldwork in Brussels I had the privilege to be hosted as a Study Visitor by EPRS, European Parliament Research Centre, Directorate for Members’ Research Service. Their Structural Policies Unit kindly took me under their wing and shared their wisdom with me. They also explained many informal practices in the EU, as well as helped me to find my way inside the labyrinth-like European Parliament buildings. Overall, the Study Visit was the best possible start for my stay in Brussels. It allowed me to have access to observe in the European Parliament and create new networks in Brussels, also beyond my research.

Observing in practice: Why did I put myself into a corner?

“I have a little bit time to kill so I sit down in the cafe [inside the European Parliament main building]. Whilst sipping coffee, I start to observe. After a while, I realize that observing like this feels stupid. People, some familiar faces, are passing by, I have no idea where they are going or what they are about to do. I can’t get a grasp the practices like this.

I mean – this [café] is a great place to bump into people and hear about current issues. But for observing – I feel that I am in the wrong place.”

On that note that I wrote into my research diary it is obvious that entering into the right place does not necessarily lead to successful observing. The field of lobbying practices is moving and takes place in several places at the same time. As a researcher, I cannot be in several places at once. However, it is not useful to stay still either if the timing is wrong. What I need to do is to land in the right place at the right time.

One of these right places is the MEPs’ lobbying meetings that voluntary Finnish MEPs (Members of the European Parliament) have let me observe. With the approval of all the participants and with the great help of the MEPs’ assistants, I have been able to observe these meetings:

”… we enter the MEP’s room. The MEP and the two lobbyists sit down. I move the remaining seat in the corner so I can sit diagonally behind the lobbyists. This way I am not observing the meeting from the middle of the situation. For me, this has become the most natural place to locate myself, when I am observing the lobbying meetings at the MEPs’ offices. Not quite sure why. I can see the lobbyists only from the side and directly the face of the MEP.”

Even though I wasn’t sure why I put myself in the corner when I wrote that note in my research diary, it hit me later. As Barbara Czarniawska explains in her book Shadowing and other techniques for doing fieldwork in modern societies: in order to study practices, there are certain benefits of becoming an observer and step away from the action. And, as she puts it, paradoxically, this step backwards means stepping forward – into the field.

For some reason, I prefer to take that step backwards also physically, to distingue myself from the event of lobbying taking place. I have also noticed that when I do this, the participants tend to forget my presence within seconds, at least that is how I feel.

Of course, when doing fieldwork, observing does not always work out as I had planned. When being invited to different settings and places to observe, foremost I have to be pragmatic and play with the rules of the hosts. It is not always suitable to take notes in the real-time or you might find yourself from the middle of the action, as part of the scene:

“One of the lobbyists looks directly into me; this has now happened several times during this meeting. And I can see why. It is hard to miss my presence when I am sinking into this chair, trying to be invisible, right next to the MEP. I mean – every time they look into the MEP, they also see me. There was just no way could I have positioned myself elsewhere in this space.”

I have also observed with a technique called shadowing (that can also be called, for example, “structural observation” or “direct observation”). What I mean by this that I move along with the lobbyists in their daily work, normally 5-10 working days with one actor.

The shadowing is done with the participant’s permission and rules. I fully understand that I am invited as a guest on different occasions and will respect the rules outlined by the host. They know best what is suitable for different occasions and when it is a good time for the guest to go home. This requires constant negotiation of access, on a daily basis.

Overall, I feel very privileged to do this research, with the great help of the participants. Without them, I would not have access into the places where I normally would not go, physically and mentally:

“Listening – I cannot but wonder that I would never hear this conversation my work life. I would never be listening to a discussion about these kinds of topics in my regular work. Or would I hear these kinds of arguments, so strange to Social Scientists. This is truly insightful!

[added few rows below in my Research Diary:]

…I think that note above tells more about me than about the person that I am shadowing.”

Salla Mikkonen is a Doctoral Researcher in International Relations at the Tampere University, Finland. Her Doctoral thesis focuses on lobbying practices in the EU.